← back to
Hey Man! Records
Get fresh music recommendations delivered to your inbox every Friday. 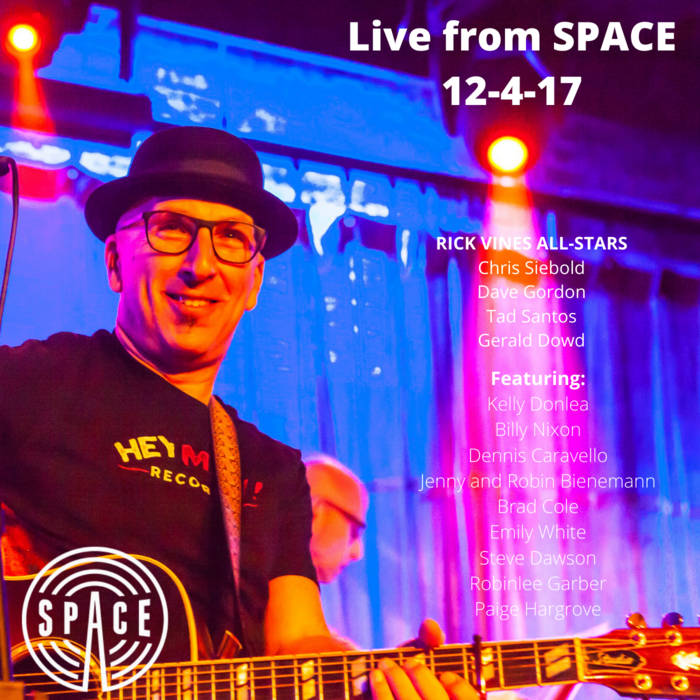 This is the live recording from the first set of my CD "Pre-Release" Show at SPACE on 12-4-17.
The set featured some of my very talented friends and mentors performing one of the songs that I had written along with the unbelievably talented musicians from the CD “So Happy!”.

I can’t tell you how gratifying it was for me to sit in the audience and hear these people perform my songs! It was without a doubt the best part of the show for me! Everyone performed songs that I thought were absolutely perfect for them and they did them about 1000 times better than I could ever do them!

As far as the quality of recording goes, there were some “issues” which I will not get into, but what you are hearing is the best we could do with the feeds that we got. Overall, it really captures the live feel of the show.

This night was really a magical night for me and I am very grateful for everyone that performed and everyone who came that night!

Rick has an broad music sensibility that draws from Folk, Jazz, Rock and the New Orleans sound. He incorporates all of these elements into an honest and straightforward expression of extraordinary songwriting that is not over crafted. He has a warm and almost conversational delivery that can be both intimate and stark, sometimes in the same song. ... more

Bandcamp Daily  your guide to the world of Bandcamp